What car is rebuilt from models belonging to different years 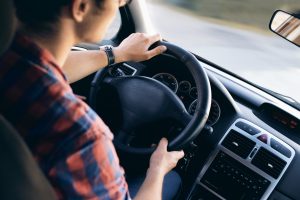 What is the model year of a car rebuilt from models belonging to different years?

It often happens that two or more cars’ parts are combined to build one complete car. This rebuilding of cars resulted in a very interesting court case.

A problem cropped up, however, in that the 1988 car, the parts of which were used, was reported as stolen to the SAPS by the owner, Mr Reder.

The police followed up Mr Reder’s case and the rebuilt car of Mr Khan, which closely resembled a 1988 model, was confiscated. The rear part of the car and the gearbox as well as a few other parts could be identified as belonging to the wreck of a 1985 BMW, while the rest of the car came from the stolen 1988 BMW.

Mr Khan claimed that the police wrongfully confiscated the car. Mr Khan also maintained that he did not know that the parts of the 1988 model came from a stolen car. He further maintained that the vehicle became his property through attachment and that he was entitled to restitution.

The case was decided on the principles in our law regarding the attachment of a movable asset to another movable asset. In this case the court applied an objective test to determine whether attachment did take place and to determine whether it was still possible to tell which of the two assets was the main asset, i.e. the 1985 model or the 1988 model.

If the main asset can be identified, the court can determine who the owner of the attached asset is. The court held that in this case not only the appearance, size or weight of the parts should be considered, but that a much broader view should be taken.

It is therefore always important to determine what part of the rebuilt vehicle is the main asset. Sometimes it is evident because the vehicle keeps its original form and was fitted with only small parts from another vehicle. There are cases, however, where it is not going to be so easy and where the vehicle undergoes a metamorphosis. Each case will have to be judged separately and decided on its own facts.