WerkNet
Your Family
Your Career
Your Health
Your Money
You and the Law
Occupational Guilds
Solidarity Youth
S-Leer
Home › Articles › What evidential value does a lie-detector test have?

What evidential value does a lie-detector test have? 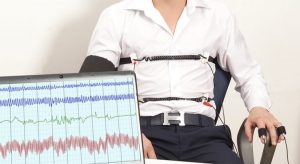 This question came up again in the case DHL Supply Chain (Pty) Ltd and Others v National Bargaining Council for the Road Freight Industry and Others [2014] 9 BLLR 860 (LAC).

In the Appeal Court the employer held that the evidence gained from the polygraph tests were sufficient to prove that the employee was guilty of theft or that, alternatively, even if the employees’ dismissal was unfair, reemployment was not a suitable remedy and that compensation should rather be considered.

The commissioner of the CCMA who made the first finding did not take the polygraph tests into consideration and found that the mere fact that the employees were on duty when the theft took place, had access to the stock and that the stock losses stopped after their dismissal, was insufficient to prove that they were guilty of theft.

The Appeal Court also referred to the administration of justice where it was found that that polygraph tests were sufficient proof to prove the burden of proof in labour disputes as long as there was circumstantial evidence to support the conviction.

As a result of this the Labour Court of Appeal found that the commissioner did not act unfairly when he did not take into consideration the results of the polygraph tests because the circumstantial evidence on which the employer relied, i.e. the fact that the stock theft stopped after the dismissal, was in the opinion of the Court insufficient and there could be many other reasons and factors why the theft stopped, for instance, everybody now knew that theft was being monitored, that there was a stricter security system, or perhaps the perpetrators decided to lie low for a while. The said reasons are always present and for that reason it was jot circumstantial evidence and the decision of the commissioner was fair.

The Appeal Court further found that the weight given to the polygraph tests is still an open question, but parties that want to rely on it definitely will have to present expert evidence regarding its accuracy.

Employees should also note that an employer cannot force him or her to do a polygraph test unless the employee in his contract with the employer agreed to subject himself to it.

In summary: a polygraph test on its own is not sufficient evidence to find an employee guilty of dishonesty. There must be other circumstantial evidence to support the conviction.