What happens at road block with outstanding traffic offences 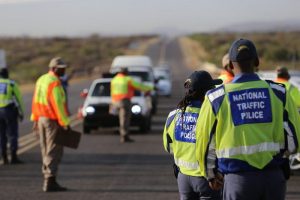 The Johannesburg legal firm Wright Rose-Innes recently paid attention to the question as to whether South Africans may be arrested for outstanding traffic fines.

The answer in short is that you may well be arrested for outstanding traffic fines.

A spokesperson of Wright Rose-Innes says that only the above-mentioned documents contain a court date on which the payment of the fine should take place. If you choose not to pay the fine, representations may be made to the prosecutor of the relevant court, or you may attend the proceedings of this court, where you will have to put your case.

Should you however fail or choose not to execute either of these options, your case will be called before the court on the expiry date. Due to your absence, a summons for your arrest may be authorised/issued by the magistrate because of your failure to appear before the court.

Such a summons is issued by virtue of the law of criminal procedure and is just as serious as a summons for arrest for any other crime. The main purpose of the summons is not to ensure payment of the fine, but rather to bring you before the relevant court. At this stage is therefore is equitable for authorities to arrest you at any location.

As many of these summonses for arrest are not executed due to challenges posed by resources and logistics, it may happen that they will be executed when you are stopped at a road block.

What happens when you are pulled over at a road block?

If you are pulled over at a road block and notified that you are going to be arrested in terms of a summons for arrest, you may request to see the summons. The summons must then be presented to you, says the spokesperson of Wright Rose-Innes.

If the system indicates that a summons for your arrest was indeed issued and you ask to see it, the officer in his turn has the right to keep you in custody for a reasonable period – while he obtains the original document and before proceeding with the arrest.

As with other arrests, the law requires that at the time of the arrest you should be made aware of your rights verbally, and also have to sign a document in which these rights are listed, when you are taken to the police station to be detained.

The officer who handles the arrest must be identifiable immediately and be in full uniform, and must at your request also be able to show you his certificate of appointment.

According to the firm, it is extremely advisable to contact your lawyer and inform him that you have been arrested, where you are being taken and that your rights have been infringed. Although practices may differ between provinces, you will usually be taken directly to the court (if the time of day allows it) or to the police station nearest to the road block.

If the road block was, for example, outside Bloemfontein and the summons for your arrest was issued in Colesberg, you will in such case be taken thereto and detained until you have appeared before the court.

The payment of your admission of guilt fine in general is a good option, especially as it will not reflect on your criminal record if it is a minor offence, according to the opinion of the legal firm.

However, it remains advisable to talk to your lawyer before making a decision, as there are a number of factors that have to be taken into account, to ensure that you take the correct action. It is best to keep to the prescribed speed limit, as infringement thereof not only places your own safety in danger, but also that of other motorists and pedestrians.

Can maintenance be claimed if child is older than 18 years?