WerkNet
Your Family
Your Career
Your Health
Your Money
You and the Law
Occupational Guilds
Solidarity Youth
S-Leer
Home › Articles › Labour Law › What is meant by arbitrary grounds?

What is meant by arbitrary grounds? 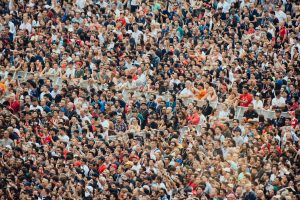 As far as arbitrary grounds are concerned, proof must be provided that discrimination took place on grounds that are not rational or justifiable. Arbitrary grounds indicate an action that violates a person’s dignity. Although the view is often held that different payment for similar work amounts to unfair discrimination, that alone is not sufficient grounds for such a claim. It should, for example, also be linked to the person’s appearance or clothing. In other words, the salary difference must also be based on other grounds.

An example of this is Madwara / Food and Allied Workers Union – (2018) 27 CCMA 6.12.4 also reported at [2018] 7 BALR 732 (CCMA). The CCMA found that in the applicant’s case, the Code of Good Practice dealing with equal pay for work of equal value makes it possible to pay different remuneration if employees are not subject to the same performance evaluation system, provided it is applied consistently.