WerkNet
Your Family
Your Career
Your Health
Your Money
You and the Law
Occupational Guilds
Solidarity Youth
S-Leer
Home › Articles › When is dismissal fair if an employee has been using drugs?

When is dismissal fair if an employee has been using drugs? 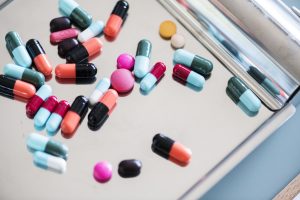 The employer then followed the required steps and the employee was dismissed. The commissioner found the dismissal to be fair because the employee first denied having been tested positively for drugs and then unsuccessfully tried to prove that he was seeking help. Furthermore, the employee was working with dangerous equipment, and it would pose a risk to himself and his colleagues if he was allowed to continue working.

In the more recent case of Mthembu and others v NCT Durban Wood Ships [2019] 4 BALR 369 (CCMA) the above finding was confirmed.

In this case, eight employees initially tested positive for prohibited substances, and the urine samples were sent to a laboratory for further tests. Four of the eight workers tested positive for the use of cannabis, or dagga, and were dismissed following separate disciplinary hearings.

The commissioner deemed the dismissal fair, because safety was of cardinal importance at the company since the employees were working with large machinery and vehicles. Furthermore, the internal policy of zero tolerance to the use of these substances was known to the employees and yet they did not adhere to the policy.

Consequently, dismissal will be fair:

if the employer can prove:

A will must be correctly drawn up if minor children inherit

What happens when a testator’s latest will cannot be found?

Am I obliged to help the police in their investigations?