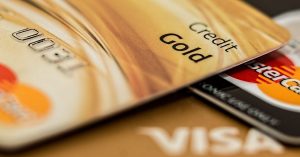 Facts: Sam receives a new bank card and PIN number. He writes down his new PIN number on a slip of paper and puts it inside his wallet. He goes on holiday and loses his wallet. That evening a stranger uses his bank card to withdraw cash. What is the bank’s liability in this case?

Answer: If a person loses his bank card, the bank will launch an investigation immediately to determine how the person lost his card and also who would consequently be liable for the damages.

The minute you open a new bank account and receive a card, you sign an agreement with the bank for this new account and card. This agreement contains the general terms that stipulate that the card holder has an obligation to keep the card, together with the PIN number, safe. At the same time, an onus rests on the bank to alleviate the card holder’s losses and to act immediately when the card holder informs them of fraudulent transactions.

Our courts have time and again determined that the card holder is liable for loses himself if the card holder acted negligently, e.g. made the PIN number known to someone else. In these court cases the above determination was reached by looking at the Code of Banking Practice, read together with the agreement between the card holder and the bank.

By the same token the bank has an obligation to alleviate the card holder’s losses. If a card holder notifies his bank that he has lost his card and the bank fails to stop the card, the bank can be held liable for any consequent losses.

Every case will be judged on its own merits. If you are of the opinion that the bank should carry liability for your losses, you can approach the court or the Ombudsman for assistance.