WerkNet
Your Family
Your Career
Your Health
Your Money
You and the Law
Occupational Guilds
Solidarity Youth
S-Leer
Home › Articles › When may interest be charged on unpaid interest?

When may interest be charged on unpaid interest? 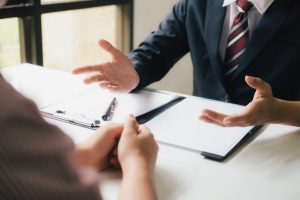 In the case of The Land and Agricultural Development Bank of South Africa v Rayton Estates (Pty) Ltd [460/12] (2013) ZASCA the appeal court gave a very clear exposition of interest and when it was payable, and a debtor’s obligation regarding unpaid interest. The bank appealed against a group of commercial farmers in a case heard by Judge Prinsloo in the North Gauteng Supreme Court.

The facts are not very important to this article, but the appeal court’s exposition regarding the circumstances in which compound interest may be charged is indeed.

The court pointed out that interest payable in terms of a contract could be either simple interest or compound interest.

Compound interest: Compounded annually it will be R110 for the first year, whereafter the 10% will be calculated on R110. This is interest charged on interest.

The important point in this court case is the following: The court found that, in the absence of any agreement, there was no problem for a creditor to be compensated through an order for moratory interest on unpaid interest as part of loss or damages because the interest was not paid punctually. The court said that this was not against the public interest or any other form of fairness. On the contrary, said the court, it was actually in the public interest that creditors should be appropriately compensated when debtors fail to discharge their obligations on the due date.

Therefore, moratory interest may be charged on unpaid interest.