WerkNet
Your Family
Your Career
Your Health
Your Money
You and the Law
Occupational Guilds
Solidarity Youth
S-Leer
Home › Articles › Who gets my child when I die?

Who gets my child when I die? 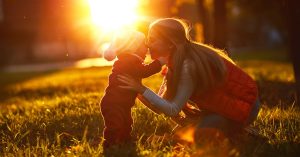 Bad things such as the death of a parent or both parents of minor children happen and one does not to think about it ─ but to make hard and fast decisions regarding your child’s care in such circumstances is the right step to assure his or her future care. Not designating a guardian for your child can cause chaos after your death and the possibility of your child being placed in foster care is not excluded. When only one parent dies the surviving parent gets custody of the child even if the parents were divorced at the time of death.

If both parents die without having designated a guardian the matter is not so simple; the courts will decide what is best for your child, or various outside parties may claim guardianship, which will lead to court cases if the child is too young to indicate where he or she wants to live. The person appointed as guardian and assumes the role of caregiver still has to apply to the high court for legal guardianship. You must also stipulate who must handle your child’s trust and finances.

Get legal aid beforehand and in your will stipulate your choices and preferences. Appointing a guardian is one of the most difficult but most important decisions that you and your spouse will have to make. Your child’s guardian must be at least 18 years old, be able to discharge his or her duties as guardian and be able to offer your child financial support.

Determine whether the person you nominate is emotionally, financially and physically capable of caring for your child. For instance, leaving a baby in the care of grandparents may work initially but later on the grandparents will not be physically capable of taking care of a lively preschool child or a vivacious teenager with specific needs. A too young guardian or somebody with an alternative lifestyle and outlook will perhaps not offer the emotional stability or be able to afford the financial maintenance that a child needs. Also keep in mind that your child will probably have to move to another place; will you be satisfied if through the moving process your child loses his family ties, language and culture and also his citizenship should the guardian move overseas?

Choose two candidates in the event that something happens to your first choice and discuss the matter with them. Choose people with the same values as yourself. Ask them whether they will act as guardians so that they will be prepared if the unforeseen happens. Revise your choice every two to three years as your child grows older and the guardian’s circumstances change to determine whether your choices are still suitable.

Stipulate you preferences regarding religion, language and academic education to avoid family interference later on.

Allay your child’s fears about what is going to become of him if one or both his parents should pass away. Make it clear that it is unlikely that this will happen but that should the unforeseen happen, he or she will be taken care of and loved by a certain person. If your child is mature enough you can ask him or her who he or she would want as a guardian and also explain the reasons for your choice.

Have You Named a Legal Guardian For Your Kids?

Which attorney is going to handle transfer of the property?

May I rent my sectional title unit as holiday accommodation?

The POPI Act in a nutshell