Your Job
Your Family
Your Career
Your Health
Your Money
You and the Law
Occupational Networks
Solidarity Youth
S-Leer
Home › Articles › Who is liable for damage to property due to burglary? 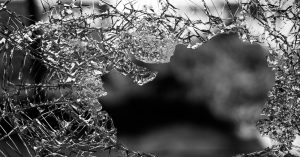 Facts: John leases his house to Peter. There is little security around the house – no walls, cameras, alarms, burglar-proofing, etc. Peter leases the house in this condition and without security. So, who is liable for damage if the house is burgled? Must the lessee bear the damage or can the lessor be held liable?

The general legal opinion is that one person cannot be held liable for the deeds of another. Will it therefore be fair to hold a lessor responsible for damage caused by a thief?

In 2005 the Cape Supreme Court confirmed that the lessee’s claim is against the thief and not the lessor. This was in the well-known case of  Rebel Discount Liquor Group (Pty) Ltd v La Rochelle Erf 615 Investments CC (A1043/04) [2005] ZAWCHC 88.

In this case a perplexed lessee approached the court because the premises he was renting were continually being broken into. There were six armed robberies and three ordinary burglaries in the space of one year. Both the lessee and the lessor admitted that the property was unsafe because of all the robberies and burglaries. In spite of this the court held that a lessor was not legally obliged to ensure the security of the lessee.

Parties may, of course, in the deed of lease agree that security is the duty of the lessor, which then completely changes the situation and contractually binds the lessor to make sure that proper security measures are applied. However, if there is nothing about this in the contract the lessor has no legal obligation to ensure the security of the lessee.

Although the lessor is obliged to make sure that the leased property is suitable for the purpose for which it is rented, it is limited to the physical condition of the property and not the security to keep out robbers.

In this case the court explained it as follows: If lessors were automatically obliged to provide security, many lessees could simply cancel their contracts if in their opinion security was inadequate or should crime in the relevant area increase or if in the lessee’s opinion he or she suffered losses due to the theft. From a commercial point of view this would pose tremendous detrimental consequences.

The result is that a lessor is not liable for damage caused by a thief as the lessor was never obliged to keep out a thief. This obligation and risk are the lessee’s responsibility.