Your Job
Your Family
Your Career
Your Health
Your Money
You and the Law
Occupational Networks
Solidarity Youth
S-Leer
Home › Articles › Whose surname should a child be given at birth? 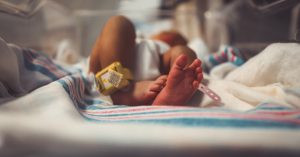 One of the first things that parents consider when a pregnancy is confirmed, is what the child’s name will be. However, for many parents it’s not only the name that carries value, but also the child’s surname. What does the law say in this regard?

In the case where by virtue of section 10 of the Act a child is registered with the mother’s surname, it is possible for it to be amended to the father’s surname at a later stage. This will be done by virtue of section 11, according to which the biological parents were unmarried at the time of the child’s birth, but do enter into marriage at a later stage.