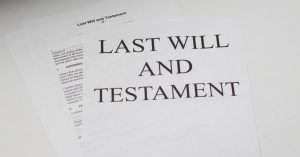 By Sanette Viljoen of SV Legal

A clause in a will that was executed more than 100 years ago and states that the female descendants are not allowed to inherit farms, has been declared illegal by the Constitutional Court.

The Constitutional Court has ruled that the Equality Act should be the criterion for evaluating the conduct of a private person, especially when that person’s conduct may have an impact on another person’s right to equality.

In November 1902, Karel Johannes Cornelius de Jager and his wife, Catherine Dorothea de Jager, signed a will in which they left certain farms to their children. This inheritance was subject to the condition that the farms may only be inherited by male descendants, until the third generation.

In 1957 the properties were inherited under this condition. The heirs included Kalvyn de Jager and his two brothers, Cornelius and John. John later died without a male child and his share in the farms was divided equally between Kalvyn and Cornelius. When Cornelius died, his half share in the farms passed to his sons, Albertus, Frederick and Arnoldus. However, when Kalvyn died in 2015, he had no male children – only five daughters.

According to clause seven of the testator’s will, the half of Kalvyn de Jager’s share could not be transferred to his five daughters, although he bequeathed it to them in his will. The sisters initially approached the High Court, which rejected their application. They then approached the Court of Appeal, which did the same.

The five sisters then brought the case to the Constitutional Court, which upheld their appeal and set aside the orders made by the High Court and the Court of Appeal.

“The provisions in the preamble to the Equality Act make its nature and intended purpose very clear. The goal of democracy requires the eradication of any inequalities, especially where systemic action is taken and inequalities created in South African history by colonialism, apartheid and patriarchy steps forward,” said acting Judge Margaret Victor. According to Victor, this freedom of testation creates a gender bias in favour of men.

The daughters’ perseverance eventually paid off and they were able to inherit the farms.